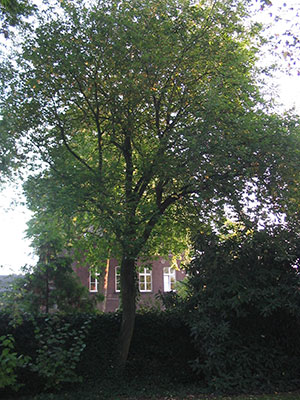 Especially female willows are very beautiful, but carry a lot of sadness in them. Outwardly they have an effective attraction and the male willow also finds much confirmation in the opposite sex. Willows are generally considered very sensitive in love, but also in life in general.

Willow-born people have a knack for art and love beauty in every conceivable form. She raves about a beautiful home, pretty children and also about smaller things like jewellery. Even though she is very attached to her family and home, she is still drawn to the wide world on an adventure trip.

Characteristically the willow is rather frail and shy, which is why she needs even more support from her family. This is exactly why she only feels comfortable in strong structures, such as her own family, her partner, or a long-standing circle of friends. Undemanding and devoted, the willow has already been put into her crib, so she has no problem sitting at the table with rich or poor.

In the case of Willow, one speaks of a divided personality, or rather of two different souls that should be inherent in her: While one is rather dreamy and soulful, the other is very volatile and full of sorrow. Moreover, the willow is trustworthy and honest. When it comes down to it, it is not afraid to take the more difficult path.

Willow is a true comforter, whose empathy is gladly used by her fellow men in difficult times. They even tackle interpersonal problems with great sensitivity and composure. However, such situations are rather foreign to her, as she knows well that every difficult phase will be over one day.

Thanks to their special empathy and instinct, the willow-born even anticipate some events. She can always impress her fellow men with this.

Even though she is always influenced by the people around her, she is still not an easy partner to live with. Self-willed, demanding and suffering from mood swings, she also tends to hysteria at times.

Even in love she often suffers, but sometimes she does find the right partner and thus the longed-for refuge. In the partnership, however, she usually feels misunderstood and insignificant, although she is also capable of loving passionately and tenderly.

Basically, willows tend to be very serious in their lives, not spending much time on unimportant things or even sinking into reverie. Rather, they like to escape into intellectual topics and interests that challenge them. They cannot stand wasting valuable time. For her utopian-thinking fellow men she may sometimes seem a bit cold and closed, while she is especially appreciated for her matter-of-fact manner and her equanimity in her job. You can always rely on Weiden.

Willow-born people should pay particular attention to their back, soul, respiratory system, immune system and legs in terms of health.