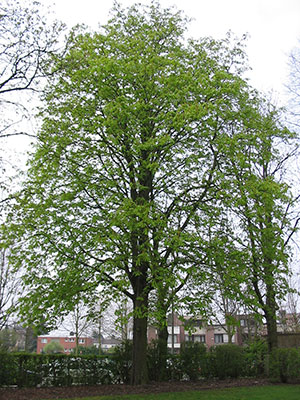 In his time the chestnut was considered by the Celts as the "tree of honesty and wise foresight".

It is surrounded by a very rare beauty and can only win by getting to know it better. She is known as an extremely humorous person, who crosses the gap between truth and lie with her way of life. Outwardly, she often appears very prickly and invulnerable.

She is not interested in impressing others and taking credit, because she helps as much as she can with passion and commitment. Young chestnuts in particular are sometimes lost and need a guiding hand to keep them on the right track. This gives them undreamt-of powers, which they are happy to use for society to help others and develop themselves.

She always stands up for fairness and justice, acts actively and brightly, can easily get enthusiastic and enthusiastic about ideas, but can just as quickly withdraw quietly. She keeps away from untruths and wrong people.

Chestnut-born are true tacticians who skilfully avoid difficulties, as she often appears among her fellow men in an excitable, sometimes even fragile manner. Chestnut does not think much of herself, which is why she usually hides her insecurity and presents herself as dominant, even though, suffering inside, she feels misunderstood.

Chestnut has only one true love, so she does not find her partner immediately, although she is longing for a partnership. It cannot forgive disloyalty and apostasy, which is why this is very rare.

She is always a support and a reliable anchor for her family.

Chestnut's living conditions are very much linked to its destiny, which is why one chestnut goes on to a great career, while another is content to lead a happy family life. Some, however, also wander aimlessly through their lives, plagued by countless defeats.

As cornerstones, chestnuts need not only an academic education, but also a good upbringing so that they can achieve success later on. However, they find it very difficult to subordinate themselves, and they certainly do not allow themselves to be bribed or seduced. Nobody can dissuade them from their right path and even though they are often flexible, they cannot be changed quickly.

Chestnut-born babies should pay special attention to their soul, vessels, lymph, back, metabolism, circulation and genitals.